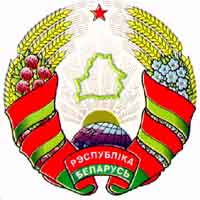 The Board of Executive Directors of the World Bank today approved a US$125 million loan to the Republic of Belarus to support a US$193.10 million Energy Efficiency Project aimed at improving energy efficiency in heat and power generation in selected towns in Belarus.

In recent years, Belarus has made significant efforts to improve energy efficiency and to reduce energy intensity. With rising energy import prices and against the background of the global economic and financial crisis, these are among the country’s top priorities. “This is the largest loan we have made to Belarus to date,” says Martin Raiser, Country Director for Ukraine, Belarus and Moldova. “We support the Belarussian authorities in their efforts to increase energy security, reduce carbon emissions, and lay the foundation for competitiveness and growth through improved energy efficiency.”

The project’s main objective is the conversion of six existing heat-only-boiler plants to combined heat and power plants in different locations across Belarus. As a result, about 90 MW of additional electric capacity based on modern combined cycle gas turbines and gas engines will be installed. The efficiency of heat and power generation at the project sites is expected to increase by about 30 percent. It is estimated that about 90 million cubic meters of natural gas will be saved annually, which would lead to the reduction of about 165,000 tons of carbon dioxide emissions
per year.

The project will be implemented by the Belinvestenergosberezhenie state enterprise reporting to the Energy Efficiency Department under the Committee of Standardization, the agency responsible for the National Energy Efficiency Program.

According to Pekka Salminen, World Bank Task Team Leader for the project, “Following two energy efficiency projects – the Social Infrastructure Retrofitting Project and the Post Chernobyl Recovery Project – that helped consumers to use less energy, the Energy Efficiency Project will help Belarus by improving energy efficiency on the supply side of power and heat generation.”

The World Bank loan has a maturity of 16 years including a 6 year grace period. Implementation of the World Bank funded project will begin in 2009 and will take five years.

Belarus joined the World Bank in 1992. Since then, commitments to the country total US$443 million for 8 operations. The World Bank supports Belarus in improving people’s lives by enhancing the competitiveness of the country’s economy to assure rising incomes while protecting the welfare of the most vulnerable, and by addressing environmental and energy challenges.