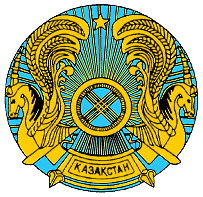 „The World Bank is ready to partner with Kazakhstan in its journey to a more competitive and diversified economy to the betterment of its people. Kazakhstan has been blessed with an endowment of oil resources that has driven the economy in recent years. However, as history has shown many times, oil is a blessing only if it is used wisely for the benefit of all a country’s citizens ,“ said Mr. Wolfensohn.

Earlier today, in his keynote address to the Congress of Financiers of Kazakhstan, Mr. Wolfensohn hailed the country’s economic achievements and the government’s commitment to reform. To achieve sustainable competitiveness, Wolfensohn urged, more investments are needed in infrastructure, education, and health.

„In his address to the nation in March 2004, President Nazarbayev laid out a comprehensive agenda for the country’s development, which identified the right goals and focused appropriately on achieving a diversified and competitive economy. The challenge now is how to implement this vision. The World Bank is ready to help,“ – said Mr. Wolfensohn.

Mr. Wolfensohn continued saying that: „balanced development – development that creates jobs and opportunities for everyone – is the goal that we all seek. Investments are needed in people, infrastructure and institutions, both public and private. We must also look at the issues of youth and how we can provide them hope and opportunities in years ahead.“

One of the main goals of the World Bank President’s visit to Kazakhstan is to discuss the new partnership between the country and the World Bank Group. The new Country Partnership Strategy offers an innovative approach to enhancing the competitiveness of the Kazakh economy and diversify away from its reliance on oil and gas. In this regard Kazakhstan is a pioneer in the development of new ways for the World Bank Group to work with Middle-Income Countries. The keystone of the new partnership is the Joint Economic Research Program (JERP), co-financed by the World Bank and the Government of Kazakhstan, which is also seen as a model for other Middle-Income Countries. The extension of the JERP for an additional 3 years will be signed in Astana on November 16, 2004.

Kazakhstan became a member of the International Bank for Reconstruction and Development (IBRD) and the International Development Association (IDA) in July 1992. Since then the Bank has approved about US$1.9 billion for 23 projects in Kazakhstan, including policy-based support to the reforms in the financial and pension systems, the introduction of modern budget systems, and the initial reforms to the framework for the civil service.

The Bank’s future program in Kazakhstan is outlined in the new Country Partnership Strategy (CPS) that was developed together with the government, discussed with various local civil society groups and donors, and endorsed by the World Bank Board of Directors on September 2004. The CPS details areas of engagement of the World Bank in Kazakhstan in the coming years in support of the development goals of the country. Main focus of the CPS is diversification and competitiveness of Kazakhstan’s economy. It includes three agricultural projects (competitiveness, rural credit, and irrigation and drainage) and a forestry management project in the coming eighteen months.

A cornerstone of the strategy is the newly established Kazakhstan-World Bank Joint Economic Research Program (JERP). Topics currently being examined under the JERP include education and health strategies, public expenditure and procurement policies, WTO accession, poverty analysis, mitigating the environmental impact of growth, oil revenue management, and ways to foster innovation and technology.

For more information about World Bank in Kazakhstan please visit this web site.